The history of the Templehof Field dates back to the 13th century. The name refers to a seat of the order of the "Knights Templar". From the first parade of the Soldier King in 1722 until the withdrawal of the Allies from Berlin at the beginning of the 1990s, the area was used almost entirely for military purposes. Once a parade and training area of the Berlin garrison, it also became the scene of early flight experiments, a training ground for flight pioneers and a demonstration area for scientific flight experiments.

In 1923 the civilian " airport Tempelhof Field" was built. Soon the National Socialists replaced it with a huge new building. In the "Columbia House" on the northern edge of the field, the National Socialists set up the only official SS concentration camp in Berlin. Forced labourers from the occupied countries were used in the production and maintenance of war planes and were housed in a large barrack camp. During the Berlin Blockade, pilots from the Western Allies supplied the West Berlin population via the legendary "Airlift".

On a tour of the Templehof Field, you will also see relics of historical use - such as an ammunition bunker, shooting range and the US Air Force parachute facility. 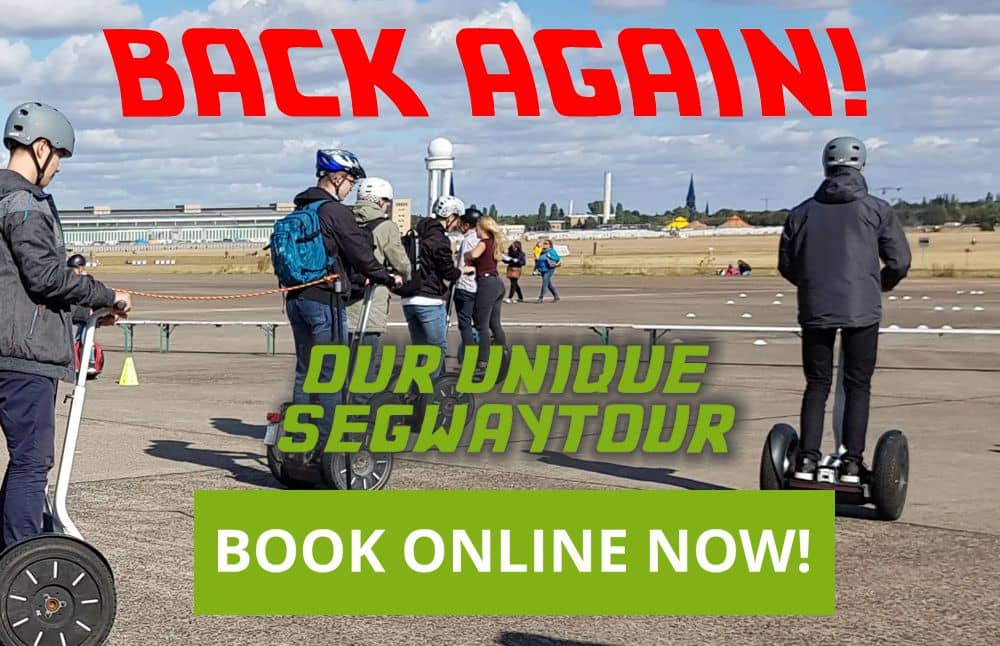